I’m a climate scientist interested in extreme events. In my research, I study how to better understand the anthropogenic signal behind heatwaves and their impacts. Heatwaves have become my passion – they are such complex events that have such high impacts.

My work on heatwaves has seen me recognised both nationally and internationally. I was short listed as a member of “team extreme” in the 2014 Eureka Prizes, I received a 2013 NSW Young Tall Poppy Award, I’ve worked closely with Australia’s Climate Council, and I have ongoing collaborations with international colleagues who are leaders in my field. I co-ordinated the first interdisciplinary Australian heatwave workshop in 2014, with the second following in 2015.

I developed Scorcher, where members of the general public can track heatwaves at many different sites across Australia. I also take on an active communication role on all things heatwaves, extremes and climate change. I strongly believe in climate science communication – who better else is there to convey the facts, than the experts themselves? 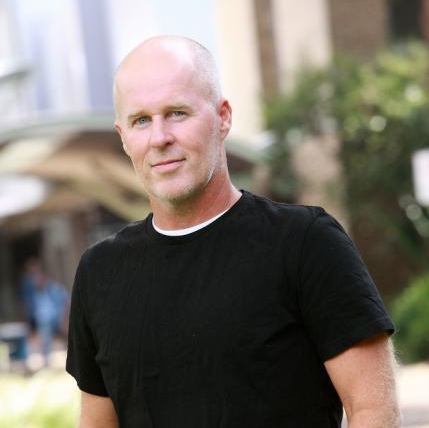 As a kid I grew up surfing and open water swimming every weekend here in Sydney and have been hooked on the oceans ever since. My first degree was in pure and applied mathematics but I quickly transitioned to oceanography during my PhD as I loved the sense of adventure and discovery that came with trying to understand how the ocean works.

Today I use computational models, observations, mathematical analyses and theory to study the dynamics of the oceans and their role in climate variability and climate change on time-scales ranging from seasons to millennia. I am interested in what makes our climate system tick, particularly the role played by the oceans and also sea-ice.

My work targets tropical climate modes, polar processes, the meridional overturning circulation and ocean heat uptake. While I dabble in paleoclimate problems (because they’re fascinating!), most of my time is spent studying present and future ocean processes and how they impact our climate system.

Changes in the frequency and/or severity of extreme climate events have the potential to have profound societal and ecological impacts. Associate Professor Lisa Alexander’s work primarily focuses on improving our understanding of observed changes in these events using multiple research tools ranging from station observations to climate model output.

Lisa is an internationally recognised expert on climate variability and extremes and has contributed significantly to the Intergovernmental Panel on Climate Change (IPCC) assessments. She was awarded the 2011 Priestley Medal by the Australian Meteorological and Oceanographic Society, the 2013 Australian Academy of Science Dorothy Hill award, and the 2017/18 World Meteorological Organisation (WMO) Commission for Climatology Outstanding Service award.

Lisa completed her Bachelor of Science and Master of Science degrees in Applied Mathematics at Queens University in Northern Ireland in 1995 and 1998 respectively. She was a research scientist for the Met Office Hadley Centre in the Climate Variability Group from 1998 to 2006, spending her last year on secondment at the Australian Bureau of Meteorology.  She completed her PhD at Monash University in 2009, winning the Mollie Holman medal for best doctoral thesis. Since then she has been a senior researcher with the Climate Change Research Centre at UNSW.

One of Geoff’s specific projects is working toward a better understanding of the how the Sun manufactures global magnetic fields on an eleven-year cycle. Also, Geoff is interested in many of the basic ingredients that make up systems like the Sun. To this end, he is actively working on understanding the fundamental laws of heat transport in turbulent convection systems. He has made fundamental progress in understanding the mechanism of baroclinic instability in the presence of convection. This will have a number of consequences for understanding the dynamics of the atmospheres of the giant planets such as Jupiter and Saturn, as well as accretion disks.

Geoff also is interested in the difficult computational aspect that accompany many problems in astrophysics and geophysics. He is continuing work on modeling systems with extreme disparities in timescales, both analytically and numerically. He is one of the founding developers of the Dedalus Project, an open-source MPI-parallelized python library to solve partial differential equations, in particular those that arise in the field of fluid dynamics. 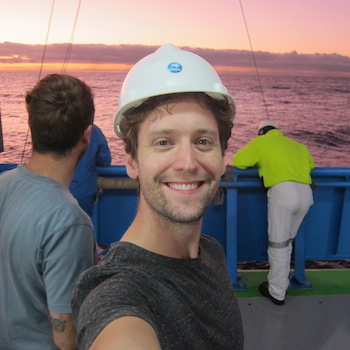 If you looked down on the ocean from space, you would see an intricate tapestry of mesoscale eddies , 30-300 km across, interwoven with submesoscale vortices and fronts on scales of 1-30 km, and surface waves and turbulence on scales smaller than 1 km. My research uses cutting-edge developments in the fields of applied mathematics, satellite remote sensing, and physical oceanography to understand the profound influence of these features on ocean circulation, climate, and marine ecology.

Using ultra-high-resolution observations from land, sea, and space, we are now beginning to unravel the ocean’s tapestry of eddies, fronts and waves and understand, model, and predict their role in mixing and dispersion in the ocean.